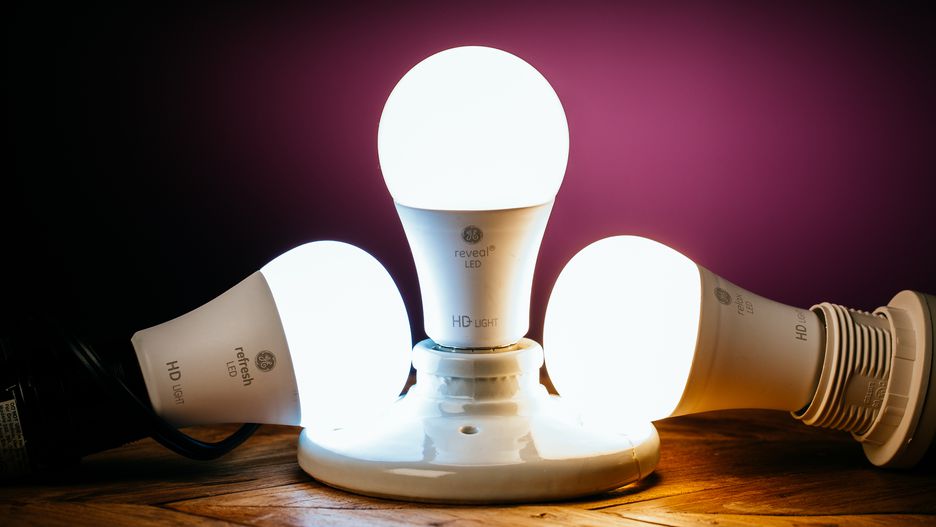 In most residential settings the most commonly used light bulbs are CFLs and LEDs. LED lights are not only about 80% more efficient than the traditional fluorescent or incandescent lights, but are also currently the most cost efficient as well. The piece within the bulb that actually creates the light in an LED is surprisingly only the size of a fleck of pepper and through the use of a mix of blue, red, and green LEDs the bulb manufacturing companies are able to create the white light that we see.

These LED light bulbs release such a small amount of heat that they are often cool to the touch, even after hours of use. While incandescent and fluorescent bulbs release over 80% of their energy as heat. When you compare the two the LED bulbs are using almost 75% less electricity and will last up to 25 times longer! If everyone were to start using these bulbs there would be a huge drop in the amount of energy used within the community from day to day.

Here are a few calculations that were done in order to show that those who purchase and use the LED lights will not only be using less energy but will also be saving money. When compared to a traditional 60 watt bulb, the 12 watt LED bulb outshines them all. Since these bulbs use about 75% less energy it would only cost $1.00 to use each for two hours every day for a year. The bulb life is approximately 25,000 hours, compared to roughly 1,000 hours for the traditional bulb. So if the energy costs were to remain stable over the next 13.7 years and you were running 50 bulbs in your house for 5 hours a day it would cost you about $125 per year for 13.7 years. However if you were to use the traditional incandescent light bulbs over this same amount of time it would cost $600 each year not including the costs of replacing the bulbs every 6.57 months.