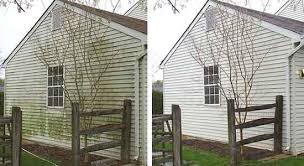 Depending on where you live, this may be the time of year when you keep watching the mercury drop lower and lower as weather patterns come and go. Cold winter temperatures can be difficult for people and pets to deal with, but they can also be an issue as far as your home is concerned. Freezing pipes and faucets can be major hassles that cost a significant amount to repair, especially as they often require emergency service calls that cost extra. This is part of the reason that so much emphasis is placed on freeze prevention during the winter.

One thing that can make a big difference in the freeze safety of your home is the use of frost-free faucets on your home’s exterior. As the name implies, these faucets are designed to make it much more difficult for them to freeze and potentially crack or leak as a result of cold weather. If you aren’t sure whether your home has frost-free faucets installed and you think that you might need them, read on for more information.

What Are Frost-Free Faucets?

As the name suggests, frost-free faucets (which are also called freeze-proof faucets by some) are exterior faucets that are designed to prevent freezing around the valve and within the spigot itself. They do this by using a longer faucet neck and slightly different valve angle to place the shutoff valve of the faucet inside the house instead of outside, ensuring that the valve is in a warmer environment when the temperature drops and therefore the likelihood of freezing is significantly reduced. This protects the valve from freezing damage, but also provides additional benefits as well.

Because the valve is inside of your home, the spigot itself remains dry while the water is turned off. This eliminates one of the other major issues with freezing, damage to the spigot itself that can cause leaks. Since there isn’t any water in or near the spigot, there’s no water available to freeze and expand within the spigot and no way for the increasing internal pressure to cause cracks. It’s worth noting that having a hose connected during the winter can still cause water to be held within it, though, so disconnecting your hoses before cold weather moves in is still important when using frost-free faucets.

Frost-Free Faucets on Your Home

There are a few ways to tell if you have frost-free faucets already installed on your home. One way is to look at the orientation of the faucet itself; if it tilts upward at an angle, it’s likely not a frost-free model. Frost-free faucets have a longer screw mechanism that run the length of the faucet neck, so the faucet and valve control are almost certainly going to be situated straight out from your home and perpendicular to the wall.

Another key feature of frost-free faucets is that the neck of the faucet goes into the wall instead of simply being connected to a pipe coming out of the wall. While they may have mounting hardware that helps to hold the faucet in place against the wall, upon closer inspection you will likely be able to tell that the faucet and the “pipe” going into the wall are all part of a single piece of material. Standard faucets will have a separate pipe that will be obvious upon inspection.

Proper installation is important for frost-free faucets since even a small leak during installation can increase the chances of freezing during cold weather significantly. As a result, it’s generally recommended that you bring in a plumber so that the new faucets are installed professionally. If you aren’t sure which plumber in your area is the best for the job, we can help!